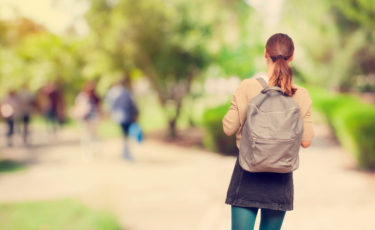 The following is a verified account of a 23-year-old college student who received a chemical abortion from Planned Parenthood:

I was told after taking the [abortion] pills at home that I would probably start bleeding in about an hour. So, I made myself comfortable on the bed and turned the TV on. Ten minutes later, I started to feel pain in my abdomen unlike anything I had ever experienced. Then, the blood came…gushing out of me…. After several hours on the toilet, I desperately wanted to soak in the bathtub… The cramps kept coming, but the water helped soothe them somewhat. I opened my eyes after 15 minutes and was horrified. My bathwater was bright red. It looked like…a crime scene….. I stood up slowly and straightened out my body. As soon as I was completely upright, I felt a pain worse than any other I had experienced… I grabbed the side of the shower wall to steady myself…. A blood clot the size of a lemon had fallen into my bath water…. Then came the excruciating pain again…. Another lemon sized blood clot. Then another, and another. I thought I was dying….And the clots were still coming…So I decided to sleep on the bathroom floor that night….right by the toilet. The cold floor felt good on my face. I was physically depleted, but I could not sleep. Eight weeks passed. Eight weeks of blood clots. Eight weeks of nausea. Eight weeks of excruciating cramps. Eight weeks of heavy bleeding.

This true story is the experience of a former Planned Parenthood director turned pro-life advocate Abby Johnson. It provides a vivid reminder that abortion is not about “freedom,” “access” and “choice.” Rather, abortion is an act of violence against two lives: the child whose life is terminated, certainly, but also, the woman who undergoes the abortion. The advent of the abortion pill only serves to make abortion more accessible, more solitary and deceptively simple.

From the beginning, the FDA approval process of RU-486 has been riddled with politics. In the year 2000, under pressure from the Clinton Administration, the FDA approved RU-486 for sale on the American market. This marked the sad occasion of the FDA approval of the first drug in our nation’s history, which had as its sole purpose the extermination of human life. The FDA restricted its use to seven weeks gestation and required strict oversight by a physician.

In 2016, the final year of the Obama Administration, the FDA loosened these restrictions. Lower doses were allowed and less oversight was required. Furthermore, the FDA would now allow the abortion pill to be given to a woman up to 10 weeks pregnant. The relaxed regulations have increased use of the abortion pill. For one, Texas Planned Parenthood has reported a four-fold increase in chemical abortions.

Peddled as a safe, easy way to “terminate a pregnancy,” chemical abortions are quickly becoming the most popular form of abortion. As discussed later in this article, statistics from the Centers for Disease Control (CDC) indicate that chemical abortions are far more dangerous than abortion advocates would want you to believe. Sadly, Planned Parenthood is now pushing to bring more of this dangerous form of abortion to college campuses and dorms.

Make no mistake about it, abortion is the financial lifeblood of Planned Parenthood. A decade-long decrease in abortions nationwide has forced Planned Parenthood to take drastic steps to maintain its profits. In at least 19 cities, Planned Parenthood has opened mega-centers and reduced non-abortion services by over 50 percent. Furthermore, former employees have claimed that the organization has imposed abortion quotas for employees and rewards for those who exceed expectations.

This strategy has succeeded. According to Americans United for Life, since 2011 when the mega-centers were rolled out, Planned Parenthood has captured a higher proportion of abortions in the U.S. than ever before and has secured a greater market share of abortion dollars. In 2004, Planned Parenthood performed 1 out of every 5 abortions in the United States. In 2011, the organization’s facilities performed nearly 1 out of 3 abortions nationwide.

It is widely known that, from its inception, Planned Parenthood has targeted vulnerable populations to sell its products and services. Beginning in the 1920s, the organization, then known as The American Birth Control League, launched its “Negro Project,” marketed to the African-American community, first with contraception and, after 1973, with abortion. In later years, Planned Parenthood expanded its marketing net to include the Hispanic community. Part of this successful marketing strategy included easy access to services by placing facilities that provide abortion or refer for abortion in areas highly concentrated with African-American and Hispanic populations. In a 2011 study by Life Dynamics, researchers studied the ethnic makeup of 3000 zip code areas containing abortion or abortion referral facilities. They found that 2,500 of these zip codes displayed African-American or Hispanic populations exceeding 125% of the state’s overall minority population. Some believe that this easy access helps explain the high rates of abortions among these populations.

Planned Parenthood has always worked to encourage pro-abortion student groups on college campuses, but recent signs point to an increasingly aggressive campaign to bring abortions to college campuses. In the past few years, at least one Planned Parenthood college organization has turned advocacy into action. In March 2016, the Student Senate at the University of California, Berkeley approved a bill to bring an abortion clinic to the school’s campus. Those abortions, according to the resolution, would be provided free of charge to the students because, as the sponsor is quoted, “Health is a right not a privilege. […] The university should be providing this right to all students.” That bill was authored by the two co-directors of “Students United for Reproductive Justice,” Berkeley’s Planned Parenthood Generation Action organization.

And the pressure continues to mount there. In March, the same month the Student Senate passed their resolution, Berkeley’s Graduate Assembly passed a similar opinion. In September of 2016, the City of Berkeley formally requested that the University provide an abortion clinic on campus. At the writing date of this article’s publication, the University has refused.

What can we do to guard against an aggressive expansion of chemical abortions on our college campuses?

1. Work to promote a culture of life on college campuses though Students for LIfe groups and involvement by community-based pro-life organizations on campus.

3. Support legislation requiring the FDA to halt the distribution and marketing of mifepristone due to safety concerns.

4. Support legislation that requires a certified ultrasound in order to determine gestational age of pregnancy prior to chemical abortions.

The abortion pill, as opposed to surgical abortions, has made abortions on college campuses far more accessible and palatable to many. The Guttmacher Institute recently reported that it is now the favored abortion method, with Planned Parenthood providing over 1 million chemical abortions per year.

This failure can have devastating and life-threatening consequences to unsuspecting young women. The injury rate to women using the chemical abortion pills has been alarming. In a 2011 FDA document, the agency reported that 2,207 women had been injured or died from consuming mifepristone (the most common chemical in the abortion pill) for purposes of abortion under 49 days. Among those: 14 died; 612 were hospitalized; 58 suffered ectopic pregnancies; 339 experienced blood loss requiring transfusions, and; 256 suffered from infections—48 of whom experienced severe infections. Among the most common infections reported were endometritis, pelvic infections with sepsis, and pelvic inflammatory disease.

Because chemical abortions’ effectiveness declines if taken after longer gestation periods, the FDA’s action in 2016 to extend the use of chemical abortions to later in the pregnancy will likely push these injury rates even higher.

“One day in the car, my daughter asked if some day she would be able to see her siblings in Heaven. I asked her what she meant […] honestly, hoping that she was not talking about my own two abortions. She said that she knew I had two abortions and she wanted to know if she would ever get to meet those babies because, she said, “in my heart, I miss them.” I never knew I would pass that sort of heartbreak onto my children. When I had my abortions, I never thought about how it would affect others. I didn’t think about my future children. I never thought about how I would have to explain my selfishness to them. My abortions live in me, and unfortunately, they live in them.”

These words of Abby Johnson, the woman whose chemical abortion was described at the beginning of this article, show how she continues to suffer from her abortions years later. She, like so many others, consumed the poisonous pabulum that abortion bears no consequences and that unfettered access to it is a basic human right.

In the very near future, access to abortion might no longer be simply across town or down the street. If Planned Parenthood has its way, it will be available to every young college woman right in her own dorm room. The question for all of us is whether we will sit back and allow our daughters and granddaughters to be victimized, or will we stand up and demand that our colleges resist Planned Parenthood’s imminent attack on their health and safety.