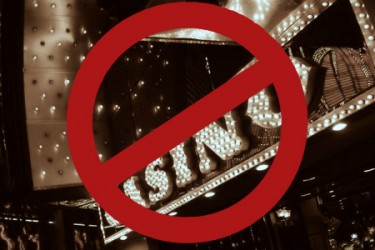 NC Family recently discovered that a bill has been drafted for introduction in the United States Senate that could bring the largest Las Vegas-style gambling casino on the eastern seaboard to North Carolina just west of Charlotte. According to a draft copy of the bill obtained by NC Family, the proposal, which appears to be authored by South Carolina Senator Lindsay Graham, would “authorize the Catawba Indian Nation to own and operate a gaming facility on certain land in Cleveland County, North Carolina.”

“We need every citizen of North Carolina to pick up the phone right now and call North Carolina Senators Richard Burr and Thom Tillis to urge them to defeat this proposal before it has a chance to rear its ugly head,” said NC Family President John L. Rustin. “It is unbelievable that a Senator from a neighboring state would attempt to thrust such an insidious harm upon the citizens of North Carolina, especially after years of attempts have failed to authorize Indian casino gambling in his own state.”

This is not the first time Senator Graham has sought legislation to allow the South Carolina-based Catawba Indian Nation to build a gambling casino in North Carolina.  For years, the Tribe has failed to gain approval from the federal government to take land into trust on their behalf along the I-85 corridor in Kings Mountain, NC for the purposes of building a 200,000 square foot gambling casino. Senator Graham attempted to add language to an omnibus appropriations bill in 2015 that essentially would have done the same thing. Those attempts were defeated, and with your help, we can defeat this effort, too!

Please call Senators Burr and Tillis TONIGHT! If you do not speak to a member of their staff directly, please leave a voicemail message OPPOSING THE CATAWBA CASINO GAMBLING BILL!

For more information about the South Carolina-based Catawba Indian Nation’s ongoing attempts to buy land and build a massive gambling casino in North Carolina just west of Charlotte, see our article “Going Off The Reservation” in Family North Carolina magazine.