An Inside Look at Adoption: Q&A With Adoptive Parents 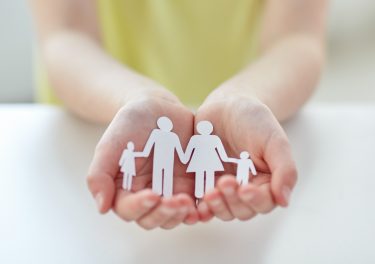 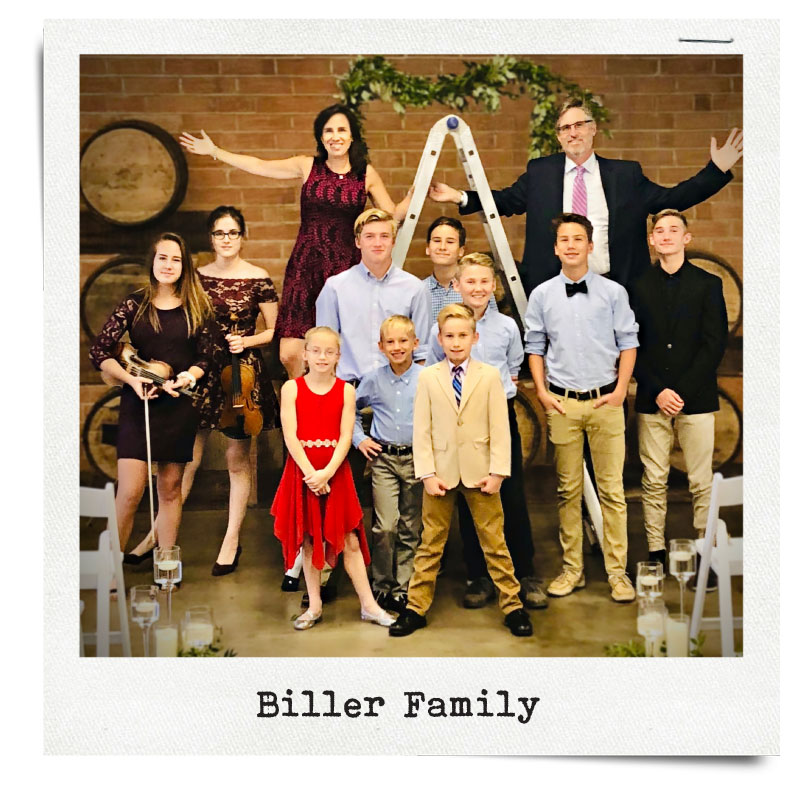 Tony and Lesley Biller live in Raleigh, NC, and are parents to four biological children
and six adopted children, all between the ages of 10 and 20.

Q: How did you know God was calling you to adopt? Was there a point in your lives when it suddenly hit you that this was the right choice, or was it a gradual realization?

A: For us it was a gradual process. We were not looking to adopt or host. God started moving the pieces into place long before we had any idea the path He had us on, or the consequences of particular prayers we made over the years.

But that’s the thing: this was God’s doing. Not our own. Not only was this not our idea, it was counter to what we had planned and contrary to the little rules we agreed would govern hosting or adoption. God has made clear to us that He had different plans for us.

How did we know it was God’s will for us and not an emotional response or reaction to what we ate for breakfast? How can you ever be certain whether God is leading you or whether you are simply rationalizing your desires as being the will of God?

Well, we knew because we heard God talking to us the way He typically does: through His Word, through His People, through the circumstances He put us in, and by that very quiet urging deep in our souls. Through the solid convergence of these four, God spoke to us. The more we prayed about it, the louder all four seemed to speak to us.

A: The adoption process is slow, tedious, and often frustrating. Lots of paperwork.

Those kids rocked our world … in a good way. Service to orphans is work God finds pleasing. It cast a different light on much that we had previously held onto as important. More though, it expanded us. Adoption continued that same growth one finds in marriage and having children, pushing us further outside ourselves to unconditionally love for the purpose of loving another.

Caring for orphans is difficult. We don’t always know how to prepare for tomorrow. This process brought us to our knees repeatedly as we found ourselves without answers and feeling ill-equipped. Caring for them brought us much closer to God and to a deeper understanding of what servanthood means. Trusting unto Him and finding Him not in any way lacking is probably the largest single blessing of the orphan experience.

Adoption also positively affected our biological kids. They were zealous advocates the entire time to adopt. We have seen a true, mature spirit of service grow in each of them. Just as the process grew the parents, so too has it grown our children.

For us, adoption was a profoundly faith building experience. When you serve Christ, He draws you closer. A few folks encouraged us by telling us that we were being the hands and feet of Christ to these children. That may be, but while we reached out in Christ’s love, He also reached out to us. It was incredible. Our friends in Christ showered us with love, food, prayer, and support. We wanted for nothing, not even furniture. God provided it all in overflowing abundance. God’s people are the real thing, the hands and feet of Christ. We were loved. Still are.

Q: What advice would you give parents thinking of adopting? Was there anything you wish someone would’ve told you before you began the process? 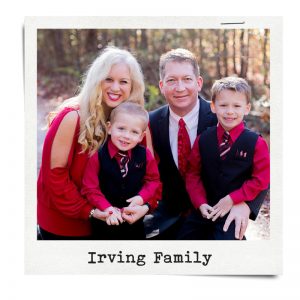 Chris and Dani Irving live in Wake Forest, NC, and are parents to two adopted boys, ages 4 and 7.

Q: How did the process of adoption go for you?

A: We were blessed to have relatively smooth adoptions. We met with adoption consultants in October 2012. On November 1, All Saints Day, we first heard about a baby that was due on [Dani’s] birthday, February 8. The following day, we applied for that baby. The baby was born on the night of the Super Bowl, February 3, 2013. We flew to Phoenix, Arizona the next day to meet Christopher Paul Irving. Two weeks later, we flew back to Wake Forest as new parents!

In March 2016, we had a videoconference with our Adoption Consultants to start the process again. We found out we’d have to do all the extensive paperwork again, and it looked like it would take a long time to go through the process again. However, later that afternoon our consultants contacted us. They told us that they had reached out to the agency we had adopted Christopher through, and that agency actually had a birth mother situation available NOW. They asked if we were interested in learning more. Of course we said, “Yes!”

Two weeks later, we found out the birth mother selected us. Patrick Joseph was born on April 22, 2016, and he completed our family.

Q: What resources were available to you as you went through the adoption process?

A:The greatest resource we had was our INCREDIBLE Adoption Consultants, Adoption Information Services (adoptioninfosvs.com). They answered all of our questions and were always there for us. They were connected with adoption agencies across the country and helped us navigate the entire process. We also love Formed and Holy Heroes (holyheroes.com).

Q: How have you personally grown through adopting children?

A:Realizing that we did not have control was our greatest lesson throughout the adoption process. Learning to lean completely on the Lord, to give up the illusion of stability or control and realize it was all in His hands. Whether or not we would adopt and what the timetable would be was completely out of our control. We have grown as people, and I’ve been stretched tremendously as I’ve become a BoyMom. They are loud, rambunctious, and have so much energy! They talk nonstop and eat us out of house and home! They have definitely pushed us out of our comfort zone. I’ve become a baseball and football mom, which I never imagined. But I am embracing it all!