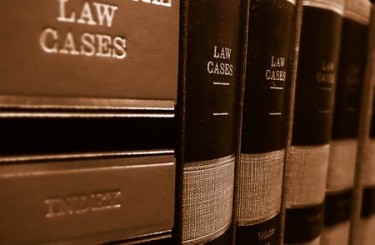 The North Carolina State Bar is once again considering an amendment to the Preamble of the North Carolina Rules of Professional Conduct for attorneys regarding non-discrimination that would include “sexual orientation” and “gender identity” as protected classes. As stated in the introduction to the proposal, the Preamble “sets forth the values of the legal profession in North Carolina,” so this proposal has significant implications for the practice of law in our state.

About 10 years ago, the Supreme Court of North Carolina, which has the final say on proposed amendments for the State Bar, did not approve a similar measure. Their decision came after many attorneys across the state wrote the Justices and expressed concerns that the adoption of “sexual orientation” and “gender identity” as protected classes in State Bar policy would force some attorneys to violate their rights to Free Speech, Free Exercise, and Free Association.

The State Bar Council is presently accepting comments from Bar members on the proposed amendment to the Preamble which states:

“While acting in a professional capacity, a lawyer should not discriminate on the basis of a person’s race, gender, national origin, religion, age, disability, sexual orientation, gender identity, marital status, or socioeconomic status. This responsibility of non-discrimination does not limit a lawyer’s right to advocate on any issue, nor does this responsibility limit the prerogative of a lawyer to accept, decline, or withdraw from a representation in accordance with these rules.”

While all people should be treated with dignity and respect, the State Bar should not attempt to force attorneys to accept policies that promote controversial lifestyles and behavior choices, especially those that run counter to their sincerely held religious and moral beliefs about marriage, human sexuality, and personal privacy. Adding the words “sexual orientation” and “gender identity” to the Preamble to the Rules and/or to the Rules themselves would create a protected status for behaviors that many understand from Biblical, moral, medical, scientific, and social research to be harmful to children and adults physically, psychologically, and spiritually.

In addition to this proposal, the State Bar Ethics Committee is studying two possible amendments to the Rules of Professional Conduct. One proposal would adopt the American Bar Association’s Model Rule 8.4(g), or a similar provision with language like that of the Preamble proposal above. Another amendment would include awareness of implicit bias in the description of competency.

While the Preamble has been described as presenting values to which attorneys should “aspire,” the related possible rule change would become grounds for disciplinary action against attorneys, including possible disbarment.

Attorney and former Speaker Pro Tempore of the NC House Paul Stam notes in his comprehensive objection statement, “In the ‘cancel culture’ we have people being sued for harassment because of such offenses as not using desired pronouns.” If these proposals are passed, attorneys would be in the same boat, and could be disbarred for the same “offenses.”

Alliance Defending Freedom (ADF) and Christian Legal Society (CLS) have been addressing similar proposals for years and have produced helpful resources that explain why these measures should be opposed. As ADF rightly argues, “attorney speech is constitutionally protected,” and “citizens do not surrender their First Amendment speech rights when they become attorneys.” Click here for the most recent comments from ADF, and here for information from CLS.

NC Family urges attorneys across the state to send their comments of opposition to the Preamble proposal—and future related amendments to the Rules—by emailing the NC Bar Councilors before October 1 at ethicscomments@ncbar.gov. In the signature line of the email, be sure to include your full name as it is listed with the North Carolina State Bar, your NC Bar number, and your full primary address as listed with the NC Bar.

NC Family will continue to update you as this issue unfolds.