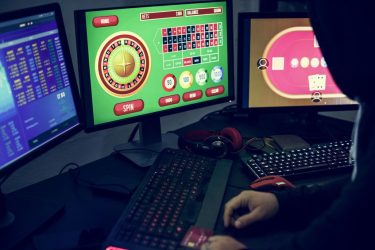 North Carolina’s Attorney General and the State Association of Chiefs of Police have joined a number of groups—including NC Family—who are urging the State Lottery Commission to reject the implementation of Internet-based video gambling. This form of gambling, referred to as “Digital Instants,” is essentially online video poker or sweepstakes operated under the auspices of a state lottery, which means it would be another state-run gambling enterprise.

Despite the opposition, the State Lottery Commission met Tuesday to hear a presentation from lottery staff of a draft implementation plan for digital instants. Many of those publically opposed to digital instants have written letters to the Commission voicing their disapproval.

In a letter to the Lottery Commission dated January 22, 2020, State Attorney General Josh Stein wrote, “I am aware that the North Carolina State Lottery Commission is considering offering online, digital instant lottery games. I am concerned that these types of games prey on vulnerable people and risk real harm to both communities and families across the state. … Furthermore, these games may qualify as video games that we as a state have banned under section 14-306.1A of the General Statutes. The Commission lacks authority to offer lottery games that qualify as video games.”

David L. Hess, President of the NC Association of Chiefs of Police also submitted a letter to the Lottery Commission, wherein he similarly expressed his association’s opposition to the implementation of Digital Instants. “These games would represent a serious law enforcement and public safety issue,” stated Hess, “as they likely would lead to gambling establishments offering computer or mobile electronic devices to play this form of internet gambling, perhaps with ABC permits. The current proliferation of internet sweepstakes locations has created a wave of robberies, assaults, homicides and other crimes associated with gambling establishments. The addition of internet gambling under the auspices of the Lottery Commission would only increase the danger to public safety at such establishments.”

Both of these statements echoed an earlier letter sent by NC Family President John L. Rustin to the Lottery Commission on November 30. “Online video gambling of this sort is particularly addictive and will result in higher levels of pathological and problem gambling among North Carolina citizens,” Rustin said. “Decades of research clearly demonstrates that individuals battling a gambling addiction experience higher levels of crime, embezzlement, personal bankruptcy, domestic violence, child abuse, divorce, and even suicide. The addition of Digital Instants by the NC Lottery Commission would inevitably lead to increases in these areas, bringing greater harms to North Carolina families and communities.”

The Lottery Commission estimates that digital instants could result in an additional $80 million in lottery revenues annually. Of course, this revenue is generated from the gambling losses of citizens who participate in the lottery.

According to reports, only five states currently offer digital instants.