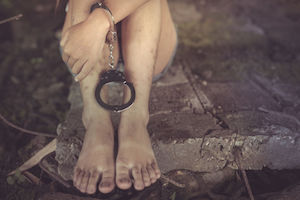 The 2020 TIP Report covers 188 countries and evaluates them based on the three Ps: how well they prevent trafficking, protect victims, and prosecute traffickers. The Report then places the countries in one of three tiers by comparing the country to its own efforts in the previous reporting period. Countries in Tier One fully abide by the minimum standards to eliminate trafficking, while those in Tier Three are restricted from receiving non-humanitarian, non-trade-based aid from the United States. The goal of the Report is to provide foreign governments with data and recommendations to make necessary changes in their efforts to combat human trafficking.

To announce the release of the TIP Report, the Department of State held a launch ceremony that highlighted details from the Report and honored this year’s ten Trafficking in Persons heroes. During the ceremony, Ambassador-at-Large to Monitor and Combat Trafficking in Persons, John Cotton Richmond, declared, “The call of the 20th anniversary is clear. We must commit ourselves to our goal of freedom. What traffickers are doing is an affront to the dignity of every human life, and we can stop traffickers, protect victims, and work to prevent this crime.” The ceremony also featured Sophie Otiende, a survivor leader and one of the ten heroes. Otiende works with Awareness Against Human Trafficking (HAART), an organization that fights against human trafficking in Kenya.

Secretary of State Mike Pompeo acknowledged during the launch ceremony that we must realize that human trafficking does not just happen in other countries; it happens right here in the United States too. In response to the 2020 TIP Report, the Polaris Project, an initiative that runs and produces data based on the Human Trafficking Hotline, noted that areas of concern within the United States still exist. Despite our nation’s status in Tier One, there are issues relating to lack of prosecution on labor trafficking and long wait times for trafficking visas that enable immigrant victims of trafficking to remain in the country and take part in prosecuting their abusers.

As Secretary Pompeo said, “desecration of the inherent value and immeasurable worth of human beings, each of us created in the image of God, makes human trafficking a truly wicked act.”

Thus as believers, we must be committed to standing against any form of human trafficking.