The Demise of Heroes 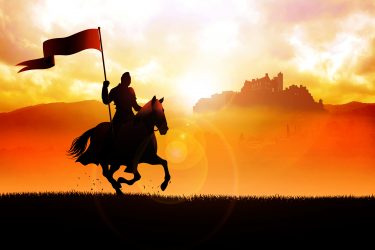 A well-publicized survey of 1,200 junior high students revealed a disturbing fact: today’s kids do not have heroes. When asked “Who is your hero?,” a majority of students responded “None.” For those who could conjure up a hero at all, many identified a popular singer, actor, or sports figure—usually not a person of exceptional character or courage. The next generation seems to have lost the conventional meaning of “hero” and seems to be saying the whole concept of heroism is somehow out of date.

Commenting on the confusion between celebrity-worship and hero-worship, American historian Daniel Boorstin has warned, “We lose sight of the men and women who do not simply seem great because they are famous but are famous because they are great. We come closer and closer to degrading all fame into notoriety.”

It can be argued that a society’s heroes speak volumes about the society. If so, we’re in trouble. As former Education Secretary William Bennett has written, “Such a fad (i.e., the abandoning of heroes) is dangerous because it puts children’s ideals, aspirations, and their notions of self-worth in jeopardy.” It has always been up to adults to pass along to the next generation through education an appreciation of those individuals—and their character traits—who are worthy of respect, love, and emulation.

How will children know the classic virtues—honesty, civility, industriousness, perseverance, integrity, thrift, common sense, sacrifice, honor, and lack of pretense—lest their parents, families, and teachers instruct them? They are being cast adrift without the guidance of wholesome heroes. Somehow baseness, insensitivity, incivility, callousness, dishonesty, and self-centeredness are seen as more worthy of recognition than the old-fashioned virtues. We have become so interested in muckraking, in unearthing some ulterior motive behind any good deed, and in “de-mythologizing” our history that our children have become cynical.

Biographer Eric Metaxis recently lamented the fact that a generation or two ago, all educated Americans knew their American history pretty well and could quickly offer up their own list of heroes. Sometime in the 1960s, Americans stopped celebrating heroism. “We decided we would focus on the negative narrative—the narrative that says we’re trouble, we’re not the solution….” This phenomenon has been quite widespread on college campuses, where the cult of anti-heroism still reigns. The subject of heroism has always been taught better by example rather than by analytical definition, but we seem loath to identify any individuals as heroes.

The need for heroes does not imply some universal list of acceptable role models, all neatly fitted into a straightjacketed philosophy. There is plenty of room for disagreement—or, in the popular vernacular, “diversity.” Historian Peter Gyl correctly observed, “History is an argument without end.” Your list of heroes may not necessarily be my list. However, it is critically important that we have heroes and that those heroes exhibit classical heroic virtues.

Columnist Bret Stephens recently offered an example of the kind of inter-generational teaching of heroism which is sorely missing today. He reported a conversation with his 11-year-old son after they had watched together the movie “Sully.” This movie chronicled the moving story of Capt. Sullenberger’s successful rescue of his passenger airplane with a spectacular landing in the Hudson River. Stephens’ son wisely observed, “Famous people depend on what other people think of them to be who they are. Sully just cared about whether he did everything right.” Stephens then responded, “Sully’s character is anchored by a sense of honor and the virtues that go with it: honesty, accountability, selflessness, curiosity, courage, self-possession, modesty… Sullenberger is not a hero because he has great qualities as a pilot; he’s a great pilot because he has heroic qualities as a man.”

Perhaps the writer of Proverbs understood it best, “Where there is no vision, the people perish.” We need heroes for ourselves and for our children.